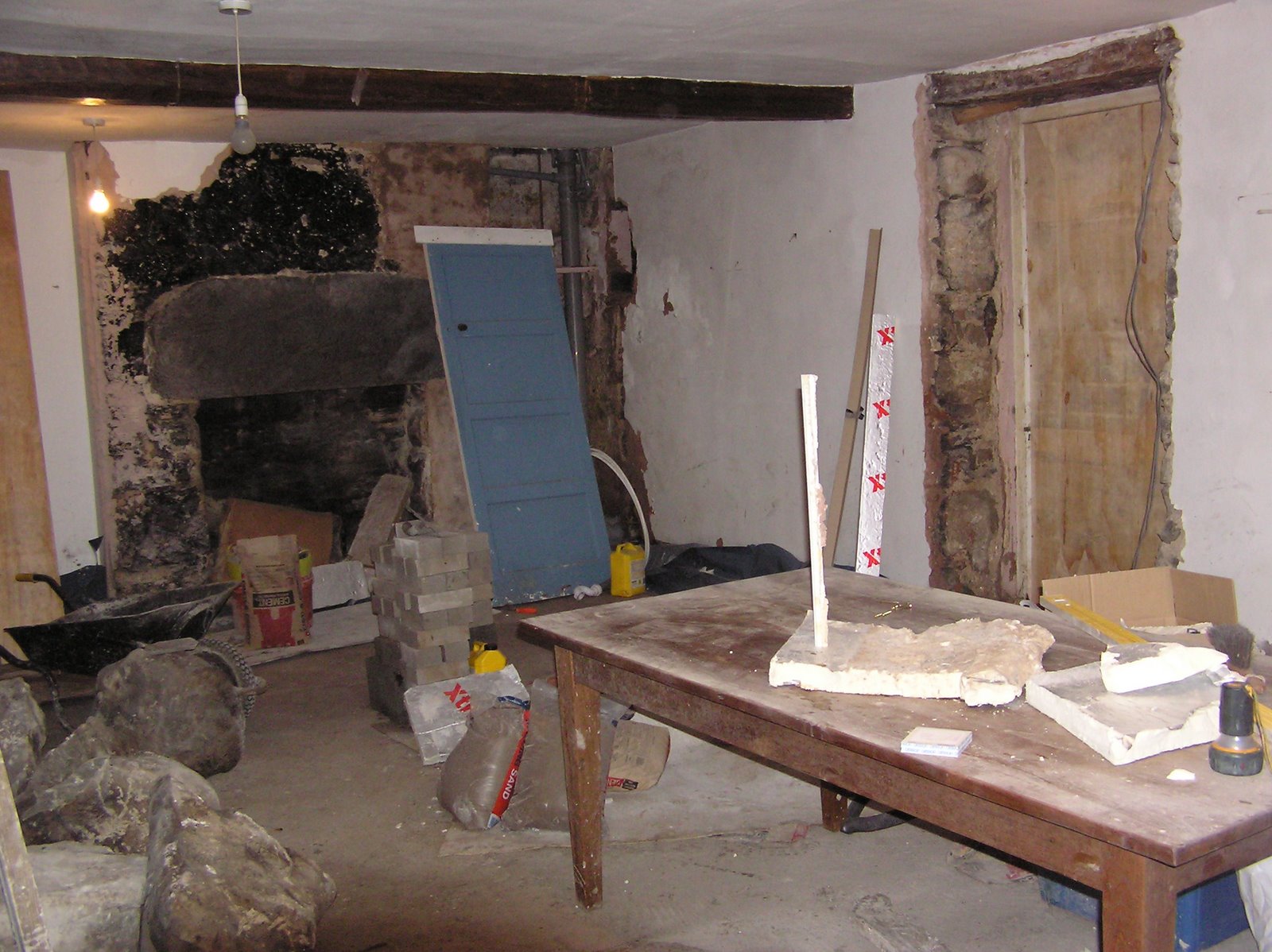 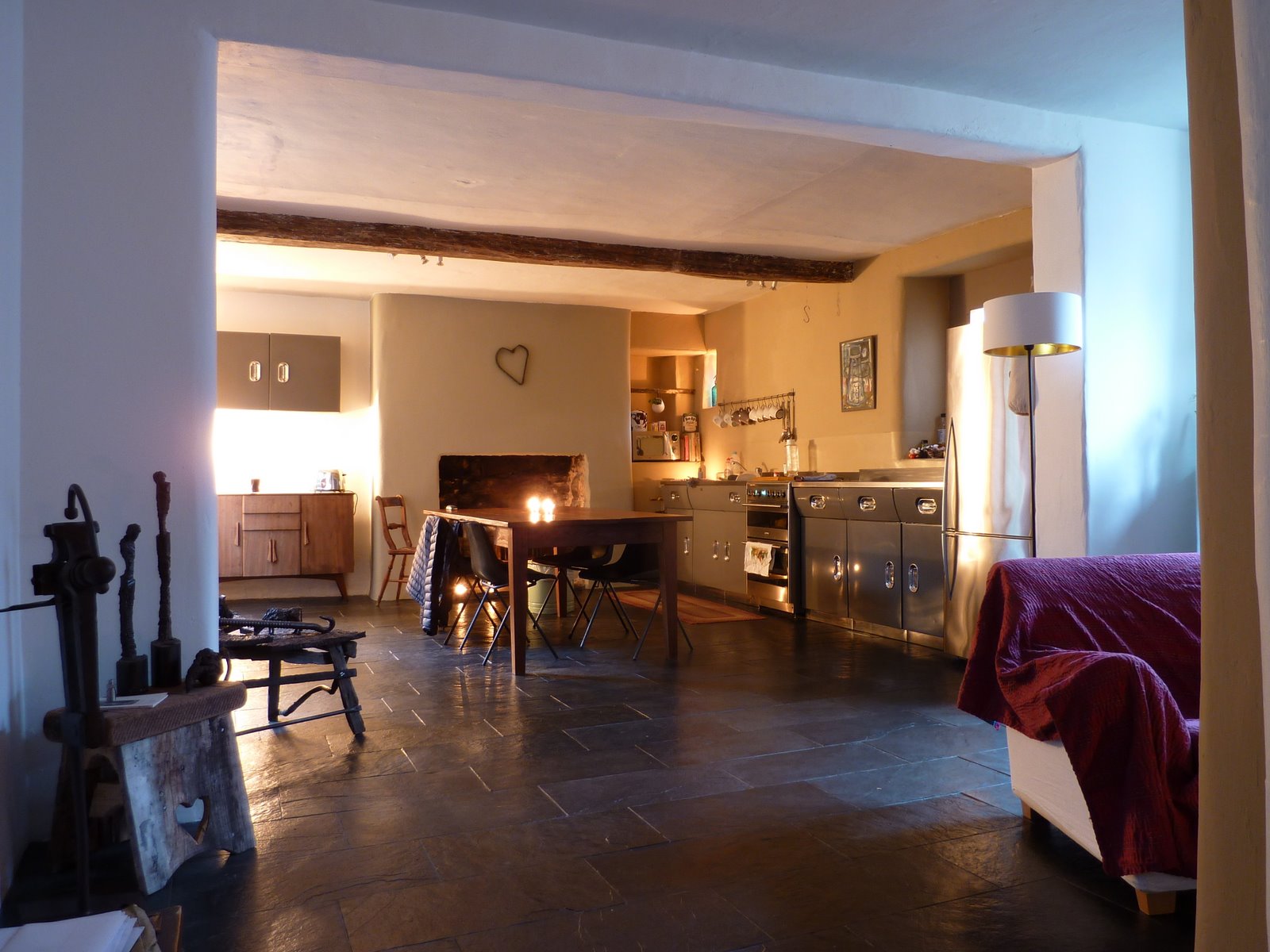 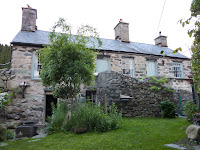 Lion cottage was built in two stages. The original cottage was built in the 1790's (the left part between the two large chimneys in the photo), and the north 'extension' which followed 30 years or so later. The construction is straightforward and typical for this part of the world, shoulder width stone walls with heavy oak timber supporting the floors and the roof, which is of slate tile. The addition is considerably inferior in construction and quality to the original and it is interesting to ponder why; by 1830 a desire or knowledge was lost, the economic situation of the country had drastically changed, or the environment was depleted of quality building materials during the intervening period- all likely causes. Unlike the addition, the original cottage's ceiling heights are unusually tall for the time, the roof structure is supported with steel tensile bars between the mortice and tenon pegged roof trusses, and somebody was smart enough to equip the sash windows with wood shutters. Throughout, the older part is generally crafted to a higher standard. Like all old buildings in this part of the world, it has gone through a myriad of uses and internal changes, a fact revealed by the many ceiling scars left where walls once were, and by the many stories told by mature locals who 'remember when'.

One of those locals was Les.

Our sales agent, upon passing us the keys to lion cottage, bowed his head and actually said, 'you've inherited Les', who subsequently grabbed the entire set and made haste to the cottage with us in tow. He ended up directing our move-in and saved us a lot of hassle.
For forty years previous Les took care of the garden, the cottage, and its inhabitant(s). We put up no barrier to this routine which he continued to the end; he became a very dear part of our life and family. At eighty, he fell off his garden ladder, broke a rib, and shortly after broke his pelvis. He passed away last year, I'm sure in large part to these blows to his mobility. Les wasn't one to sit around.

He came everyday, and during his pilgrammage about the place could be heard either repeating 'mr tyler, mr tyler, what're you doing mr. tyler' or holding conversation with resident birds that knew him well. He told Vanessa that the blackbird only liked green apples and he was right. Very near the end he stretched the hated oxygen mask from his face..."pint of guinness" he said. His last words to us.


He is a very good friend and missed very much.

Les was in love with the previous owner of Lion Cottage, Miss Noreen Hall, who inherited it from her family and lived here for forty years before she passed a year before we moved in. By all accounts, she was a very attractive lady who kept mostly to herself; commonly seen in the garden with her sunhat and long white gloves. Local lore has it that she piqued the interest of Richard Burton who became a guest of Lion Cottage for a period. There is a panel of 'bullseye' glass in one of the sash windows within which is etched 'Rb'.
At 77 years old, Les himself- like a teen on a playground, carved 'LC+NH 1999' not into a tree, but into a huge rock near the property.

There is a small mountain of considerations when resurrecting a building. 'Architecture is about problem solving' was a common and valuable saying drilled into my education and it is due in part to this truth that I am attracted to thinking of our built environment. I love problem solving. I might add however, that aside from considering integrity, character, logical planning, building technologies and 'sympathetic restoration' (an overused and tired term, for a good resurrection is anything but sympathetic) that a pursuit of simple beauty is equally important 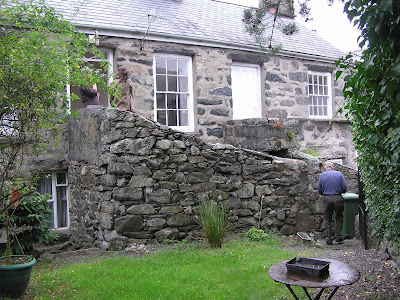 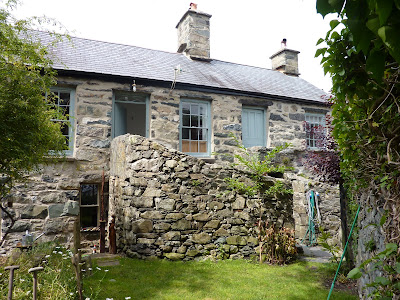 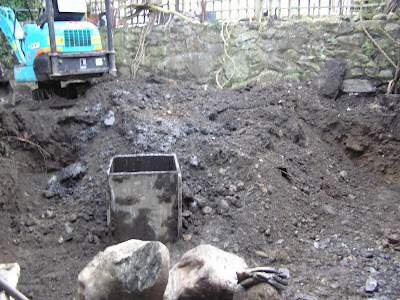 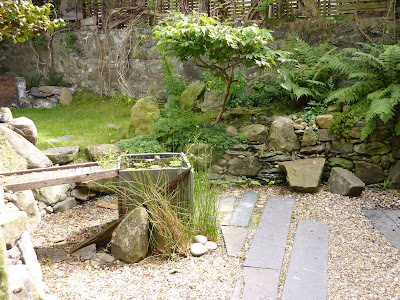 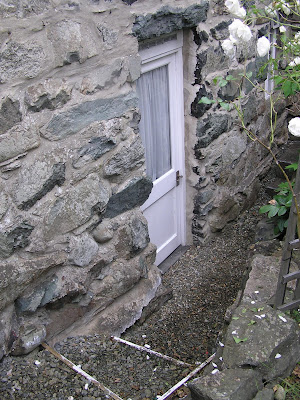 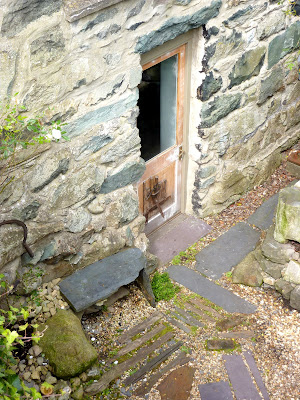 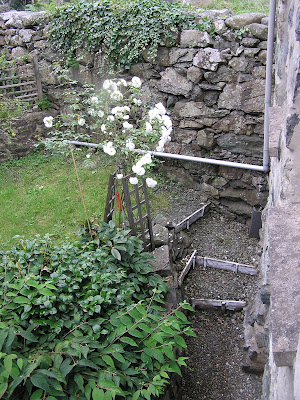 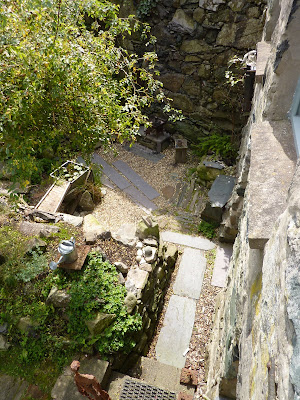 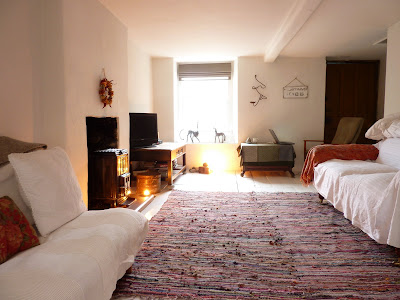